Today is Rosh Hashanah or Jewish new year.  And it has always been one of my favorite feasts.  Typical foods for the celebration include honey, apples, pomegranates, and fish.  Fish heads symbolizing the head of the year.

Recently Henry, my husband, wrote a piece for the Guardian about discovering his Jewish heritage.  You see, he didn’t know about his family’s past until his grandfather’s funeral.  He writes, “What I remember most is something my grandmother, Dorothy Jeffreys, said before the service. She was distraught and, I think, on some sort of tranquilliser and kept insisting Don wouldn’t have wanted the send-off to be in a church, it should have been a synagogue. I asked her why and she said, “Because we’re Jewish.”

This revelation led to all sorts of questions.  He reached out to older family members who knew his ancestors’ lineage and remembered their stories.  With our two year-old in tow, we drove to see them to learn about our family’s past to better understand the present.

So this year, I wanted Rosh Hashanah to be special for Henry.  I wanted to give him a meal that would help him remember.  Here is what we had:

Pan-fried harissa sea bass.  I marinated the fish in harissa, cumin, and salt for a few hours before dredging with flour and frying until the skin went crispy.  At this point, I flipped the fillets and continued frying for another minute more. 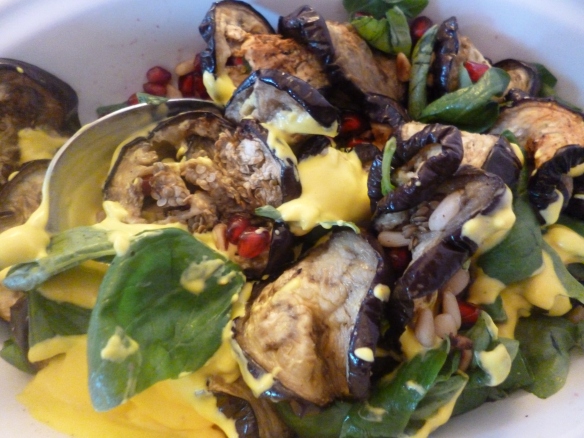 Roasted figs with honey and orange juice, orange yogurt, cinnamon and toasted almonds.  I halved the figs, dotted them with butter, and covered them with a mixture that was 2 tablespoons manuka honey plus the zest and juice of one tangerine.  I then baked them for half an hour at Gas6/200C/400F.  When I took them out of the baking dish, I removed whatever liquid was in there and boiled it down until it made a syrup.  I glazed the figs with this.  Then I mixed more orange zest with yogurt and topped each fig with this.  Next, I sprinkled chopped toasted almonds on top then gave them a dusting of cinnamon. 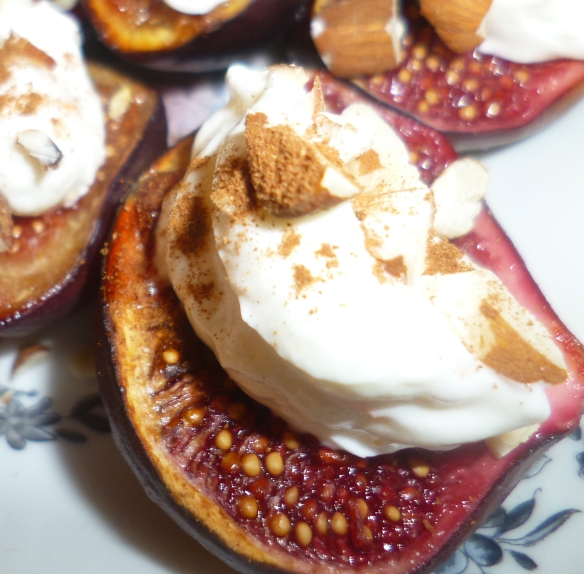 Honey rum tarte tatin.  All I did was take the elements I liked best from several recipes.  For me, that meant a pastry dough made with sour cream and a deep caramel sauce with honey and Cuban rum.  After transferring the tarte to a plate, I boiled down whatever caramel and apple juice remained.  When it was quite viscous, I poured it over the tarte but only after topping it with toasted almonds.  Then I placed it under the broiler (the grill if you’re in the UK) for a few minutes to get everything really golden.  Of course, I served it with more sour cream.

“There’s something fresh and candid, almost cheeky, in Misti’s voice; it is disarming and charming.” ~Yotam Ottolenghi

Friends of the Court